Turf Star Western (TSW) is the west coast Toro distributor serving customers in California, Washington, Oregon, Northern Idaho, Northern Nevada, Alaska and Baja California. In addition to the great line up of Toro products, we carry many other product lines as well. We are proud to support golf courses, municipalities, cities, educational institutions, cemeteries, professional contractors, groundskeepers, as well as leading sports venues and historical sites throughout our territory.

The year 2022 marks 100 years of distributorship on the west coast!

1922 CA :  One of the first of five distributors is founded in Los Angeles by John Thomas Clapper. “Pacific Toro Company”. John was one of Toro’s first president’s cousins. CA has perpetually delivered more golf business to the Toro Company than any other state.

1925 OR :  The G.F. Bishop Company was founded by George Fletcher Bishop with offices in Portland and San Francisco. Bishop joined Toro in 1915 and was one of the first corporate sales executives. From this, he became a distributor. This became the first distributor in OR and the second in CA.

2020 : TSW is established as the largest Toro Commercial Distribution Company. 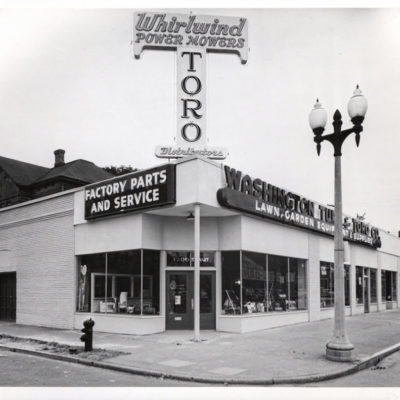 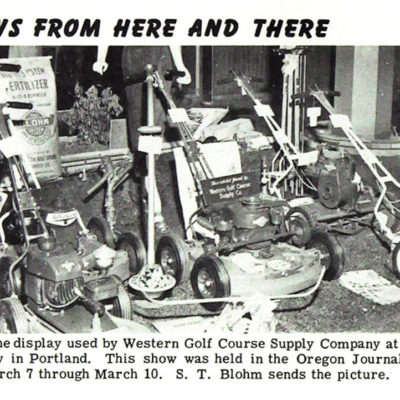 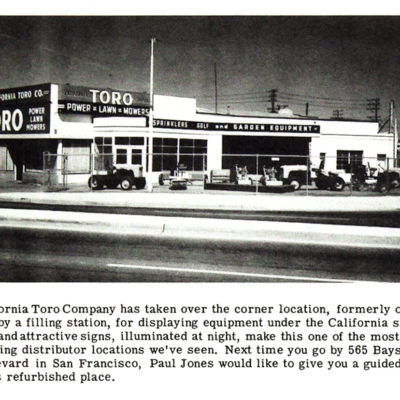 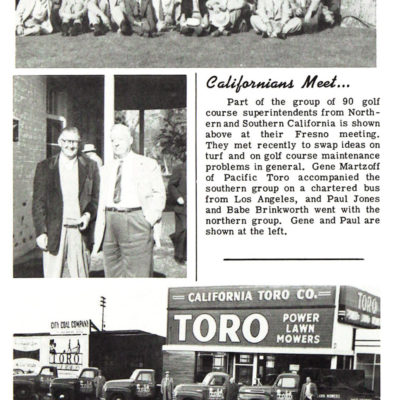 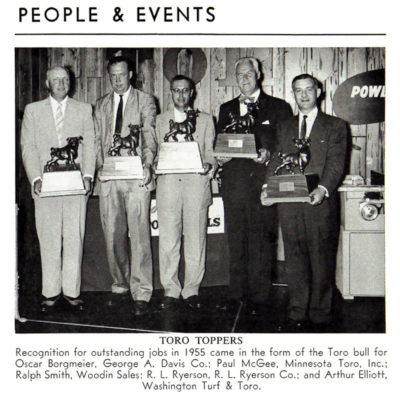 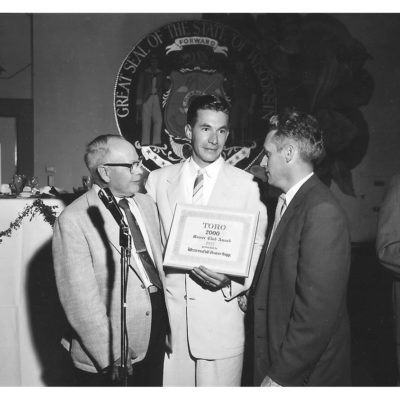